Health Emergency Operations control room confirmed the death of 10 people - two each in Patuakhali, Bhola and Jessore districts and one each in Sathkhira, Pirojpur,Jhenaidah and Chattogram districts. 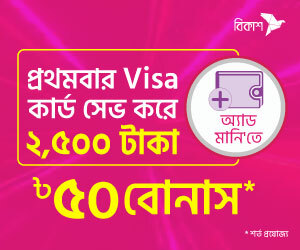 The victims include a Red Crescent volunteer Syed Shah Alam, who drowned after his boat capsized due to strong winds in Kalapara area of Patukhali.
Police Superintendent of Patuakhali, Mohammad Mainul Hasan, said that they found the body of Alam, 54. A five-year old boy also died in the district as a tree fell over him, said the Police Super.
District police intelligence chief Moshiur Rahman said two women died being hit by falling trees in Chogacha area of Jessore.
Zakir Hossain, the police intelligence chief of Bhola district said that a 75-year old man died being hit by a tree in South Aicha area of the district while a man in his 30s drowned after the capsize of boat.
Police Super of Pirjpur, Hayatul Islam Khan, confirmed the death of a man in the district while Mohammad Iltutmish, an Additional Police Super of Satkhira district confirmed the death of women.
Ayesha Akter, a spokesperson of Health Emergency Operations control room, confirmed two more deaths, respectively in Jhenaidah and Chattogram.
Bangladesh Meteorological Department said the cyclone completed crossing Bangladesh coast at night and was staying over Jhenaidah in the morning. It was moving towards Rajshahi and Pabna region after being weakened gradually.
Maritime ports Mongla and Payra had been advised to lower the great danger signal 10 and hoist local cautionary signal three. Maritime ports Chattogram and Cox’s Bazar were also advised to hoist local cautionary signal three.
Authorities of different government department said they were still assessing the damage in the immediate aftermath of the disaster.
‘We had nearly 1.5 crore clients without power until 5.00am. We are trying to restore the supply. But polls were collapsed in many areas and cables were torn apart,’ said Major General ( Retd) Moin Uiddin, the chairman of Bangladesh Rural Electrification Board.
Bangladesh Water Development Board said the cyclone had damaged embankments in many areas causing flood.
‘We are yet to get the information from all districts. So far we found 1.3km embankment was damaged in 12 spots at Sathkira district and 6.4km embankment was damaged in Bagerhat district,’ said Abu Bakar Siddik, the caretaker engineer of Bangladesh Water Development Board.
The Amphan is touted to be the most powerful cyclone in the Bay of Bengal since a devastating super-cyclone in 1999 killed more than 9,000 people in Odisha.